Blog
Reflecting on the visit to the recent Picasso show at the Modern Art gallery in Edinburgh
Beautiful light this morning!

Visit to the BP Portrait Award

The BP Portait Award is at the Scottish National Portrait gallery in Queen Street and it is fab! So inspiring! And no charge - good news!

The Arty Goths from S3 felt very much at home!!!! The Primary 5 and 7 classes also had a great time choosing their favourite and least favourite paintings. We liked and loathed some of the paintings.
07/11/2012
BP Portrait Award 2012
3rd November 2012 - 27th January 2013
Scottish National Portrait Gallery | Admission free

The BP Portrait Award showcases the very best in contemporary portrait painting from around the world. For thirty-three years, of which the last twenty-three have been sponsored by BP, the exhibition has presented outstanding and innovative new work in a variety of styles and approaches, and it continues to be a highlight of the annual art calendar at all its venues. This is the fourth time that the Scottish National Portrait Gallery has hosted the Award.

From informal and personal studies of friends and family, to revealing paintings of famous faces, this year’s exhibition features fifty-five works selected from over 2,000 international entries. The first prize of £25,000 went to Aleah Chapin’s intense but affectionate portrait Auntie, whilst the BP Young Artist Award was awarded to Jamie Routley’s triptych. The show also includes the work of the BP Travel Award 2011 winner Jo Fraser, who travelled to the Peruvian Highlands where she recorded the women from the Quechua community engaged in traditional weaving.

The BP Portrait Award is organised by the National Portrait Gallery, London. 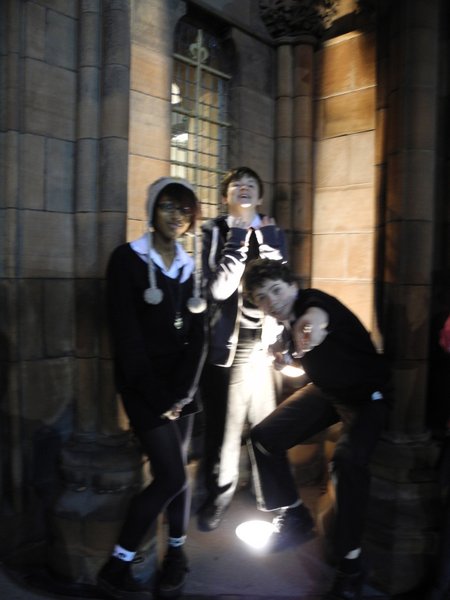 S3 hanging out at the Scottish National Portrait Gallery!
Next
Previous